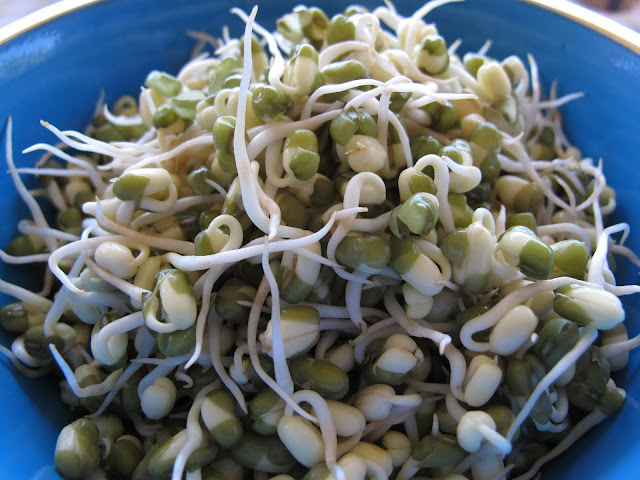 I'm finally putting my first project to use! I did a sprouting post a few weeks ago and sprouted lentils. The lentil sprouts were so tasty they didn't even make it into a recipe to post! They got eaten in sandwiches, tacos and on top of many salads. But I just recently sprouted some mung beans. The sprouting method is exactly the same as the lentils, so if you want to sprout your own, use my post!

My husband and I both like to bring our own lunches to work, so I try to make salads that are a meal instead of just a side (hence the brown rice). And that you can eat cold the next day. My inspiration for this salad I fount at the healthy foodie. Most of the ingredients are the same, but I modified it quite a bit based on what I had, or didn't have, in my fridge! 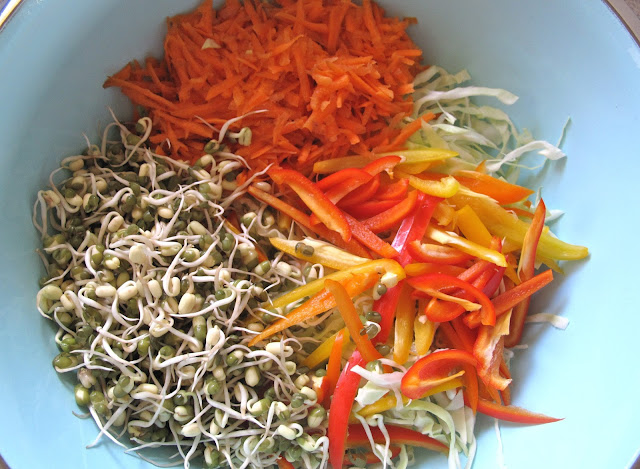 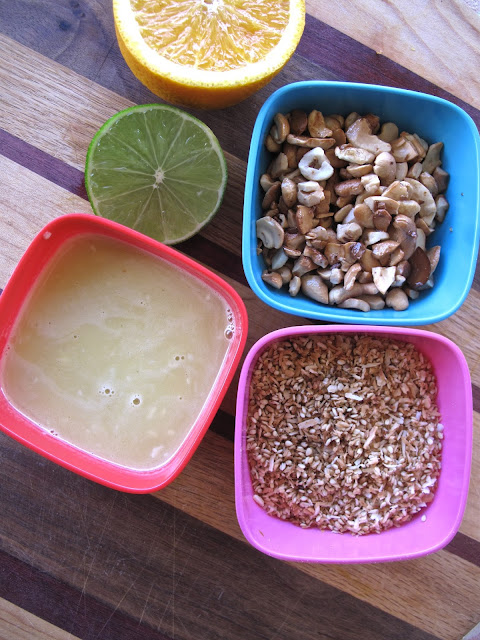 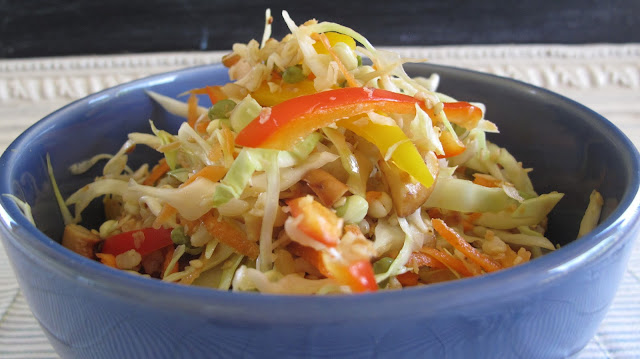 Posted by Adrienne McDonald at 6:00 AM
Email ThisBlogThis!Share to TwitterShare to FacebookShare to Pinterest
Labels: salads, vegan