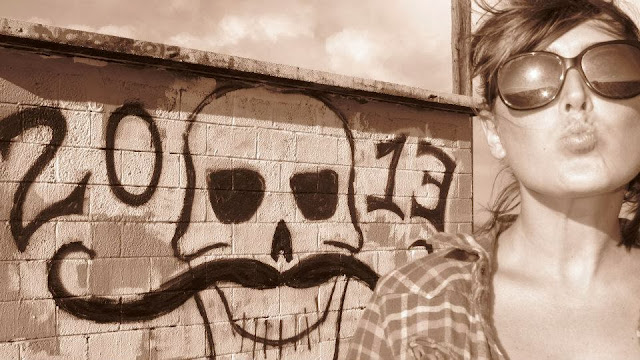 It's officially fall! Not that it makes much of a difference here on maui, except that the waves are back, the weather is finally starting to cool off, and we just did some pumpkining! If you are wondering what pumpkining is, it's basically doing anything that involves a pumpkin. Baking, carving, roasting, toasting, smashing, etc. This year, instead of carving my large orange symbol of autumn, I decided to bake it! It's super easy, and now I have about 8 cups of homemade pumpkin puree in my freezer!

I have already made a pumpkin chili and some pumpkin energy balls, which I will get to later, and I am still planning on vegan pumpkin cookies and a vegan pumpkin pie for Thanksgiving (which is also my birthday this year!! woo hooo!). As for the pumpkin baking, it goes a little something like this... 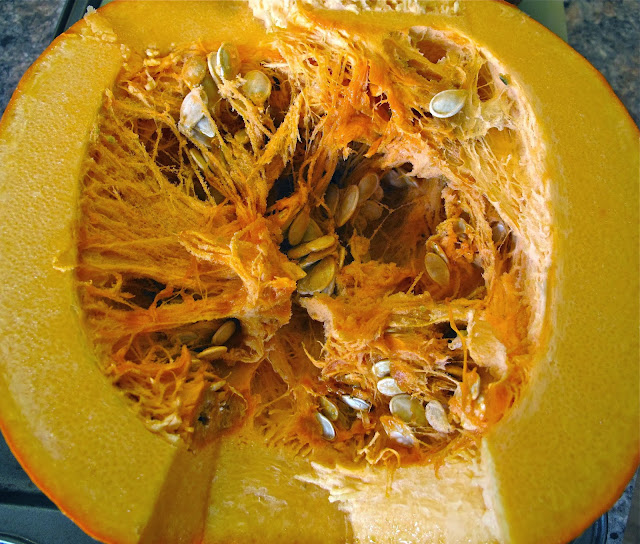 Cut your pumpkin in half from top to bottom, scoop out all the innards (save the seeds to roast if you so desire), and cut out the top and bottom stems. 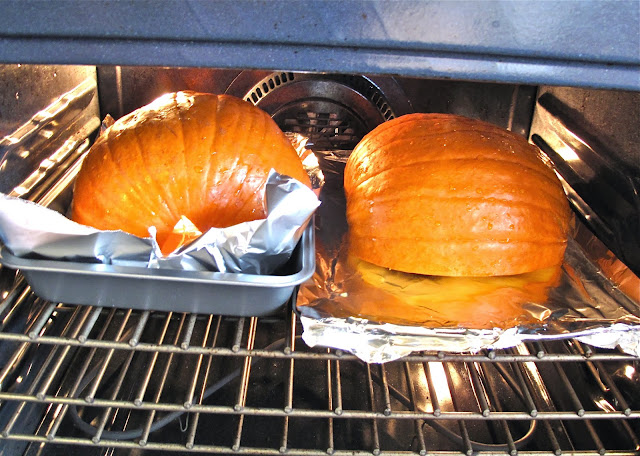 Place halves face down on foil lined cookie sheet. I had to use two because mine was a rather large pumpkin, almost 9 pounds!

Bake at 400 degrees F for 1 1/2 to 2 hours. The skin will darken and separate from the flesh and you can test it by just poking it with a fork. It should be very soft! The bigger the pumpkin, the longer the cooking time. 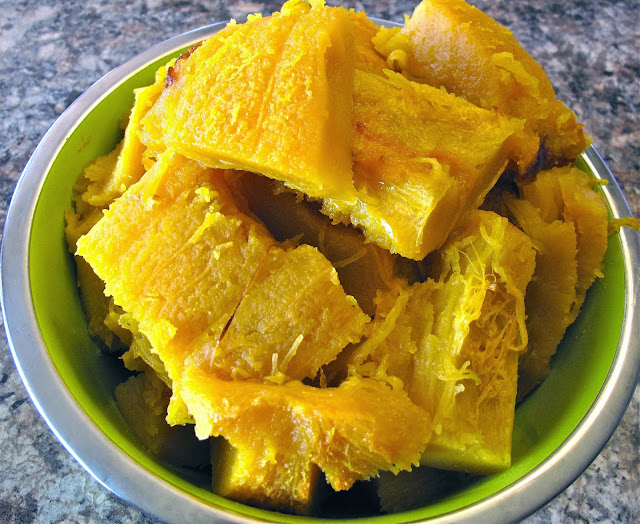 Remove from oven and allow to cool for easy handling. Peel off all of the skin and cut into chunks. Throw them into your food processor and puree! 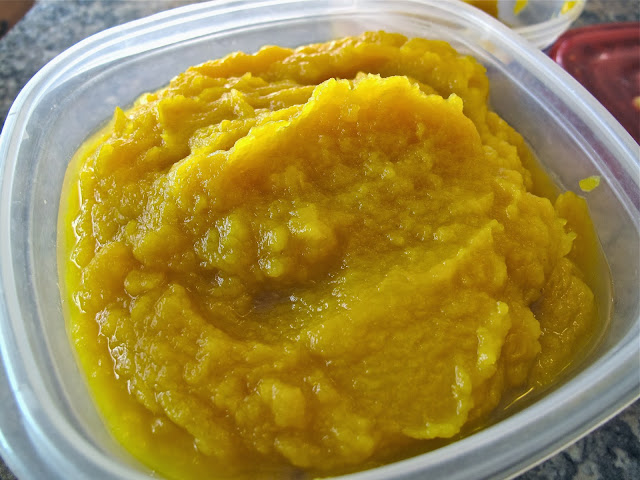 Store in airtight containers in the freezer, make sure you don't fill them too full though, the pumpkin still has a lot of water in it and will expand while freezing.

I'm going to have lots of my own pumpkin recipes coming your way, but for now, I'd like to share one that wasn't my own, but that is rocking my world right now! These pumpkin spice energy bits are super easy and store and travel well! 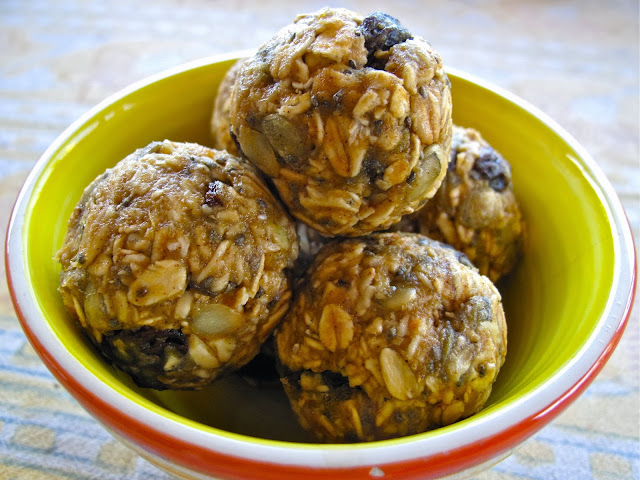