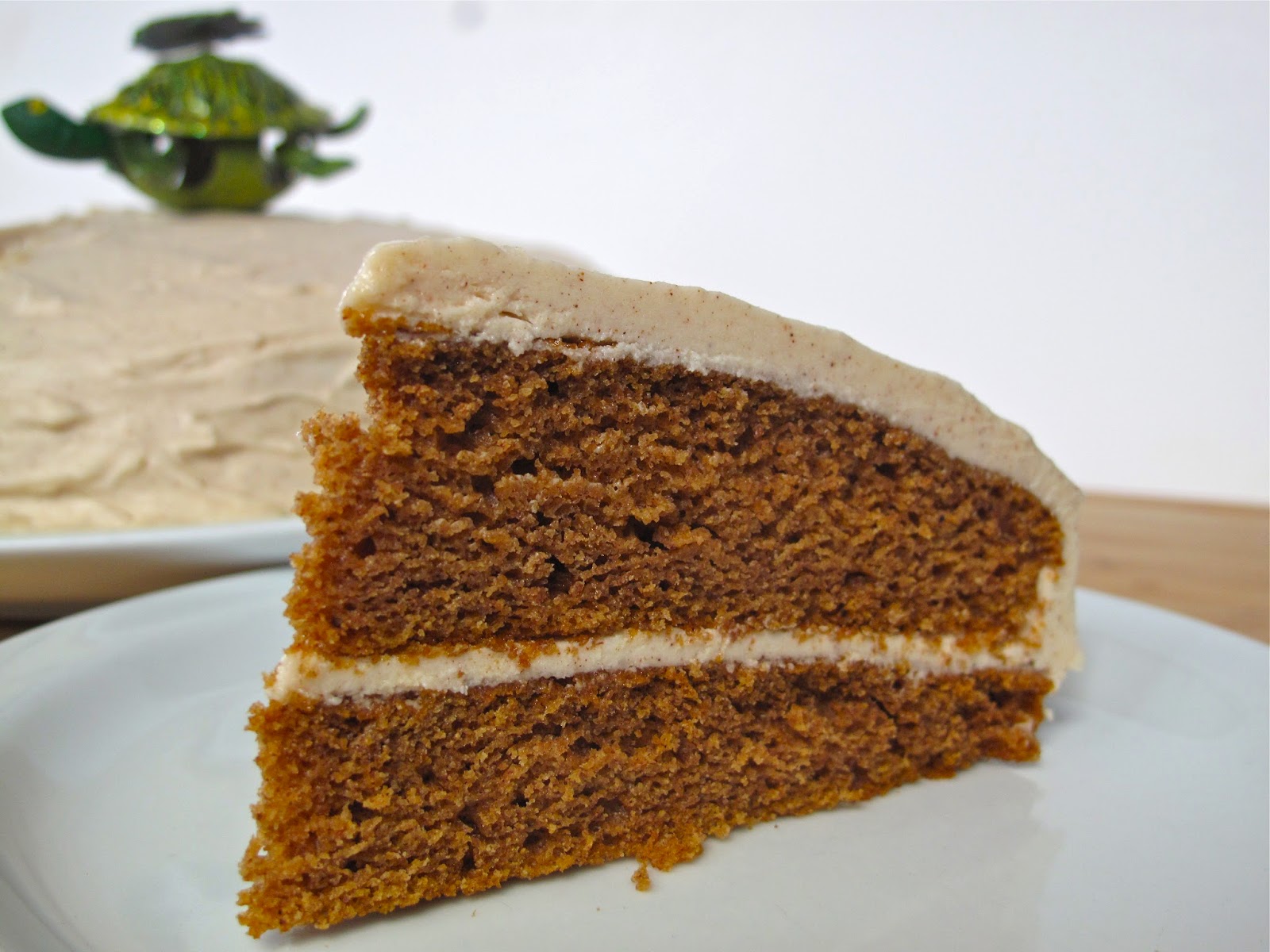 Happy Birthday Tom! For my husband's birthday I attempted my second vegan cake, with much success! This recipe is adapted from Veggie and the Beast blog. I only made a few minor changes based on what I had in my kitchen cabinets :)

Start with the cake...


First, brew some chai tea. I used a rooibos chai so there was no caffeine, and I double bagged it for extra strength. And preheat the oven to 350.

Measure the 2 Tbsp apple cider vinegar into a measuring cup, then top it up to two cups with the almond milk. Whisk together and set aside. Sift the flour, baking soda, baking powder, and spices into a small bowl.

In a large mixing bowl combine the salt, sugar, oil, tea, and vanilla. Alternate adding the flour mixture and the almond milk mixture to the sugar mixture, mixing until just combined, no lumps.

Grease two 9" cake pans. Divide batter between the two pans. Bake for 30 to 35 minutes. My cake pans are a little bigger than 9" so they were done just before 30 minutes. Test with a knife or toothpick, inserting into the center of the cake, if it comes out clean, its done!

Allow cakes to cool at least ten minutes in the pans before transferring to wire rack to cool completely. 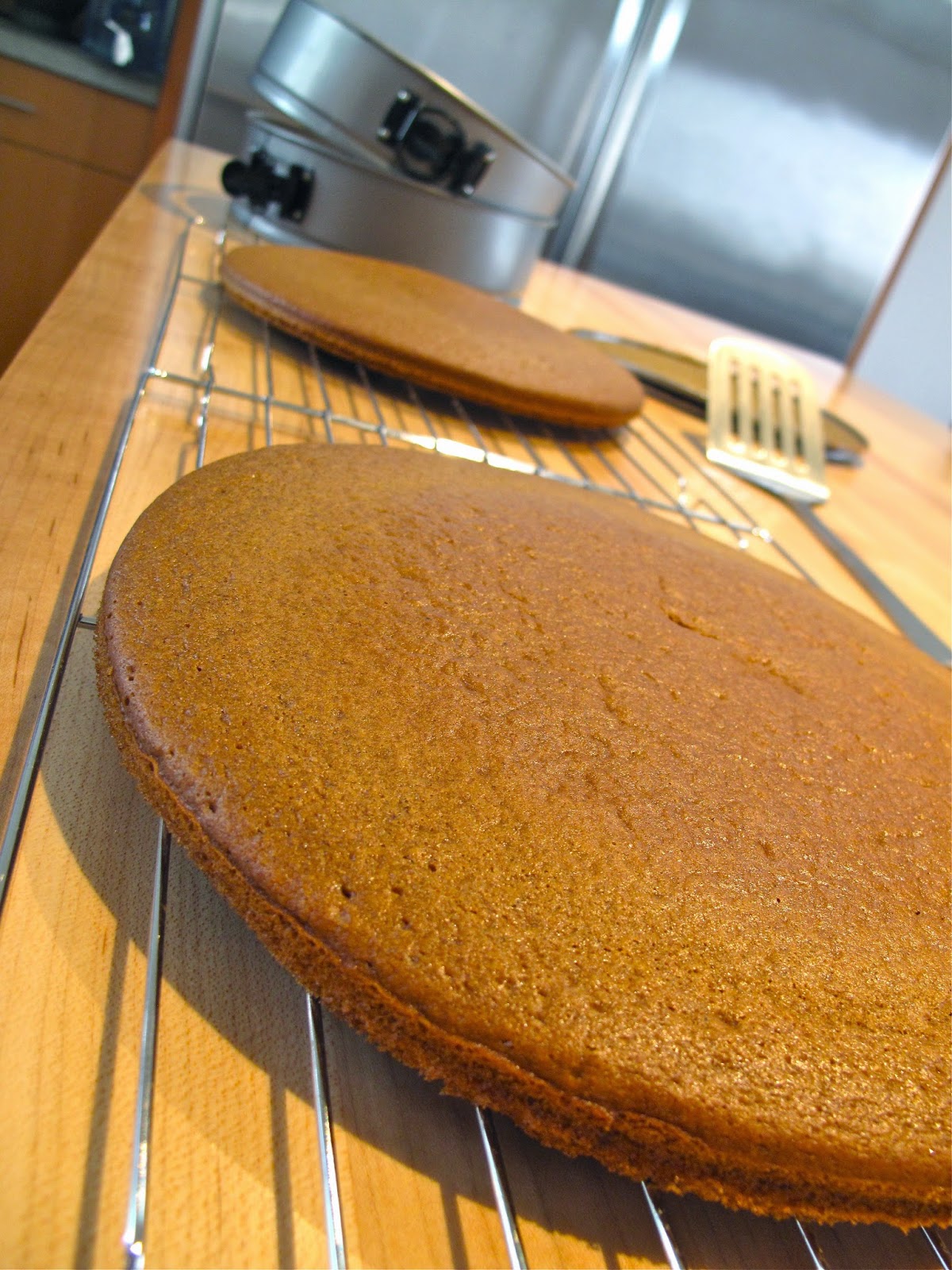 Now for the cinnamon buttercream... 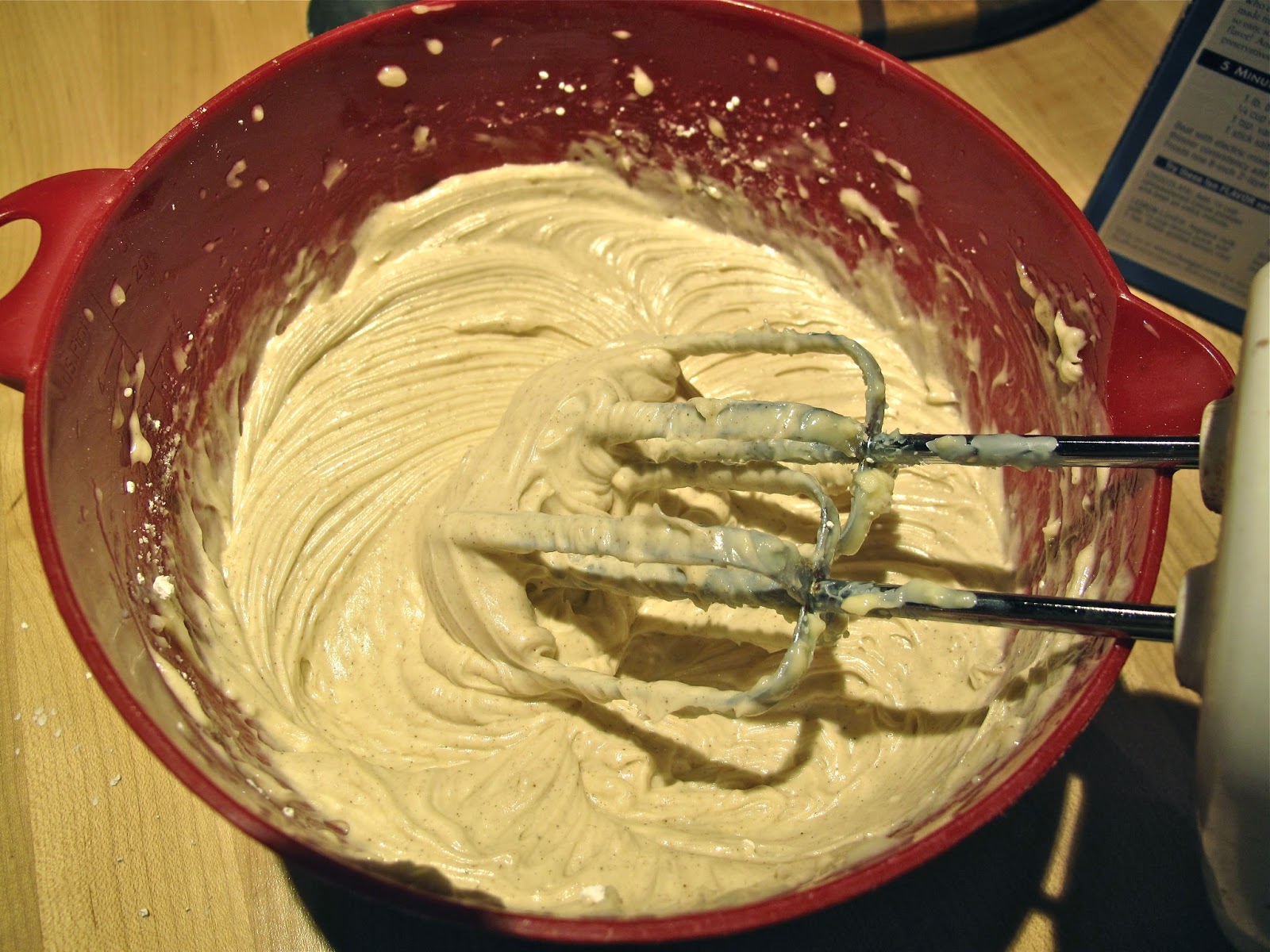 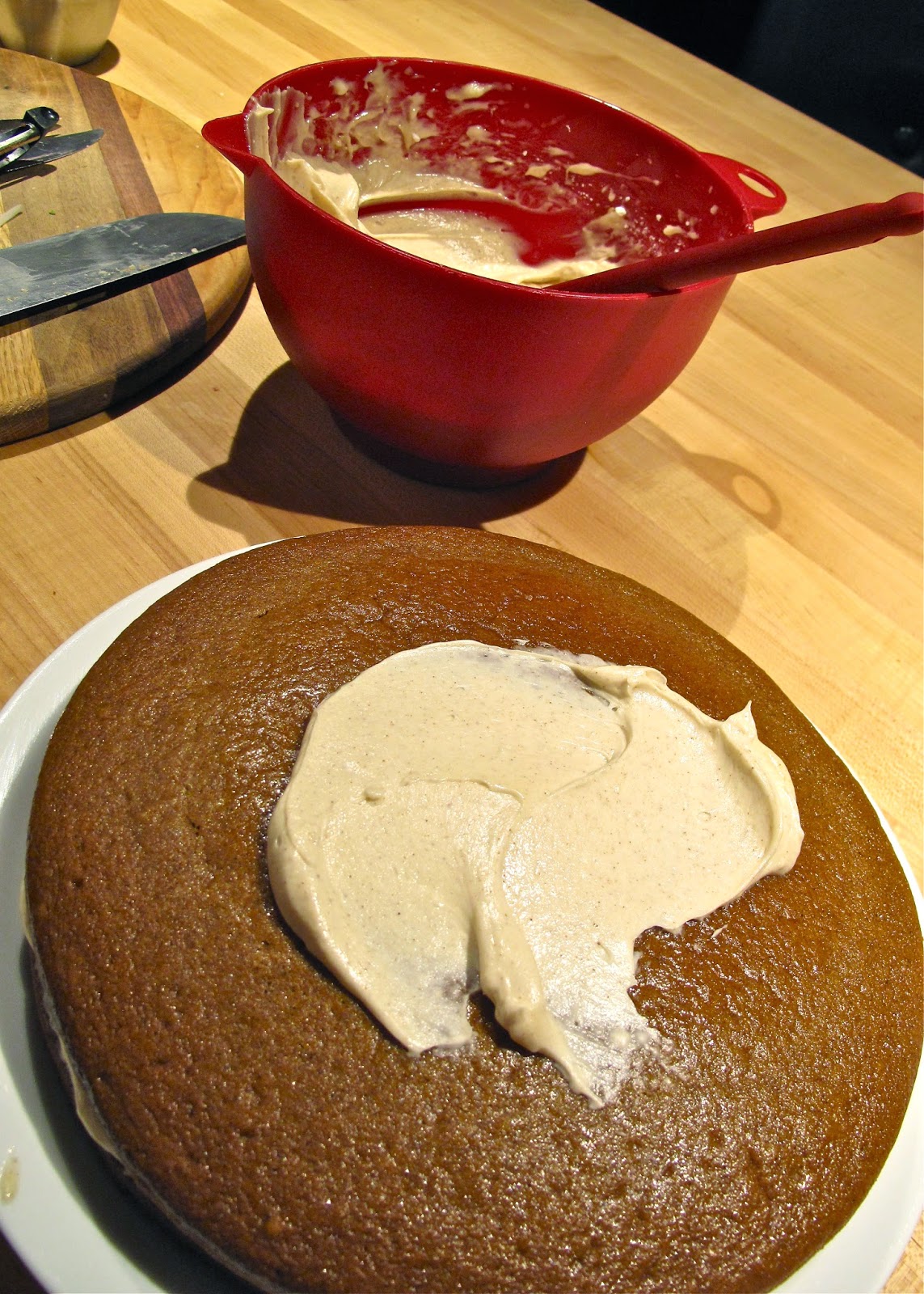 This is the fun part! Place one cake on a plate and spread a thick layer of frosting on top, then top with the other cake. Now spread all of the remaining frosting on and around the whole cake. Yum. This is definitely my favorite part :). Refrigerate until frosting is set, top with something fun (I chose a honu magnet), and enjoy! Happy Birthday! 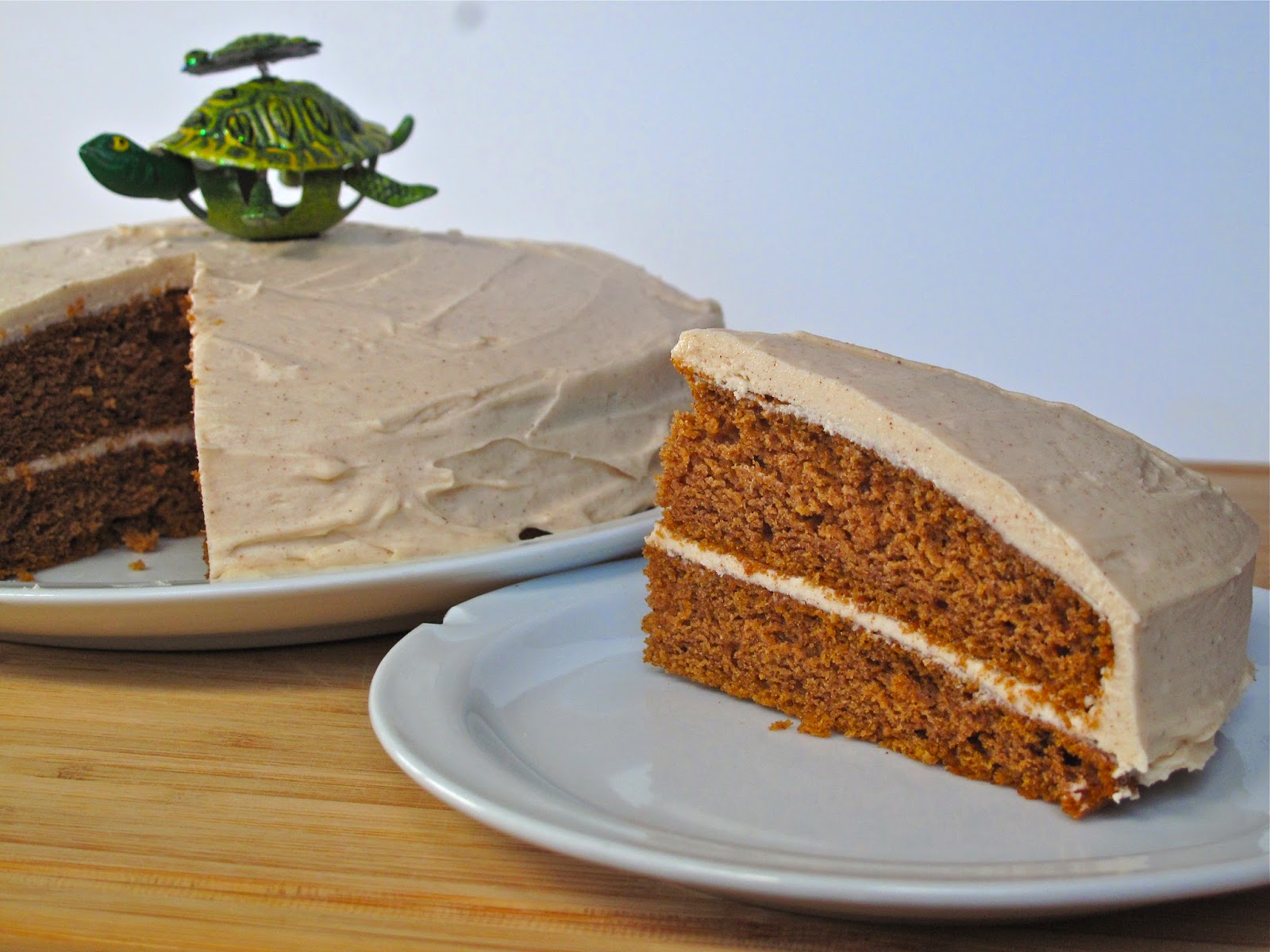 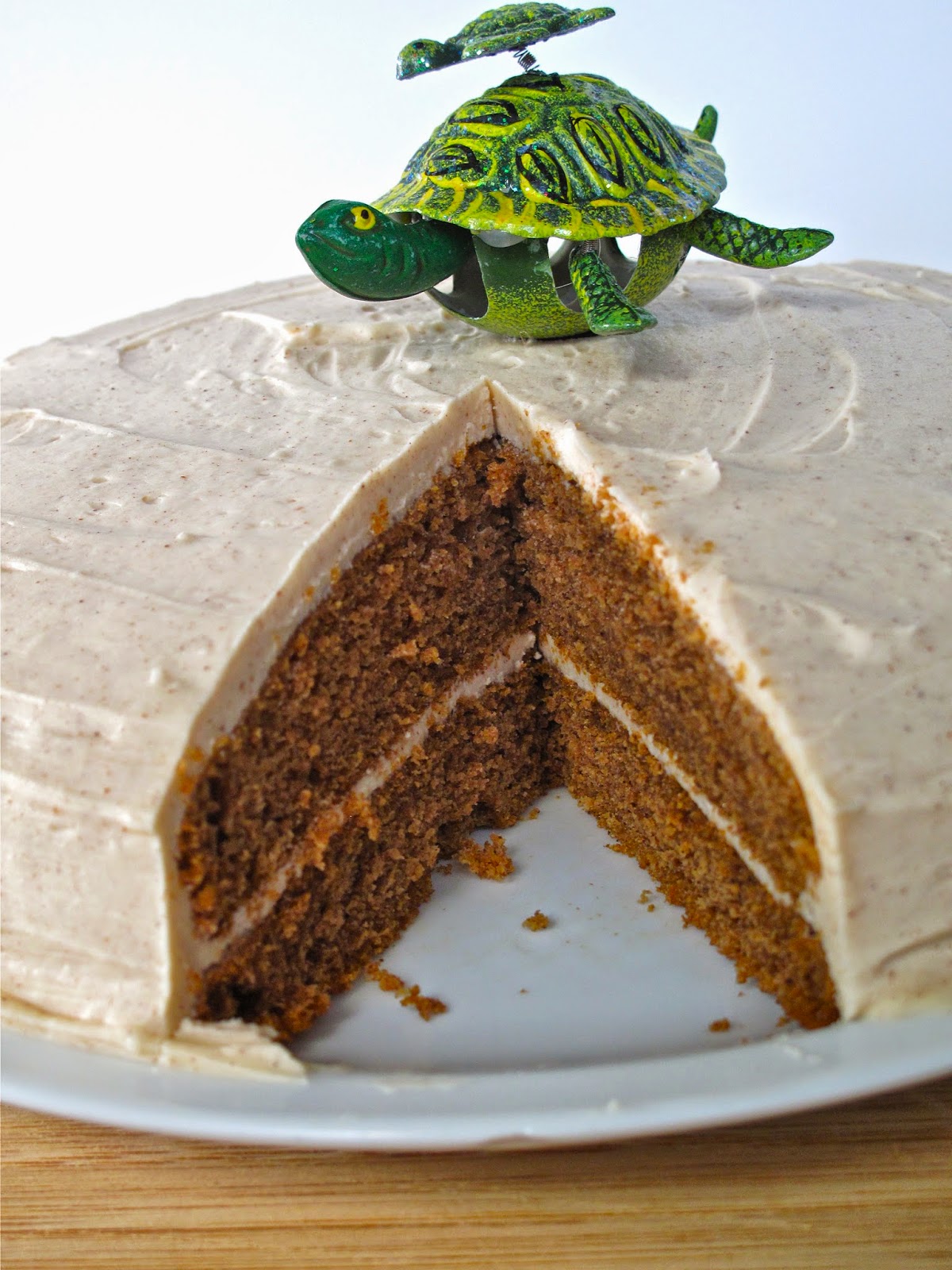