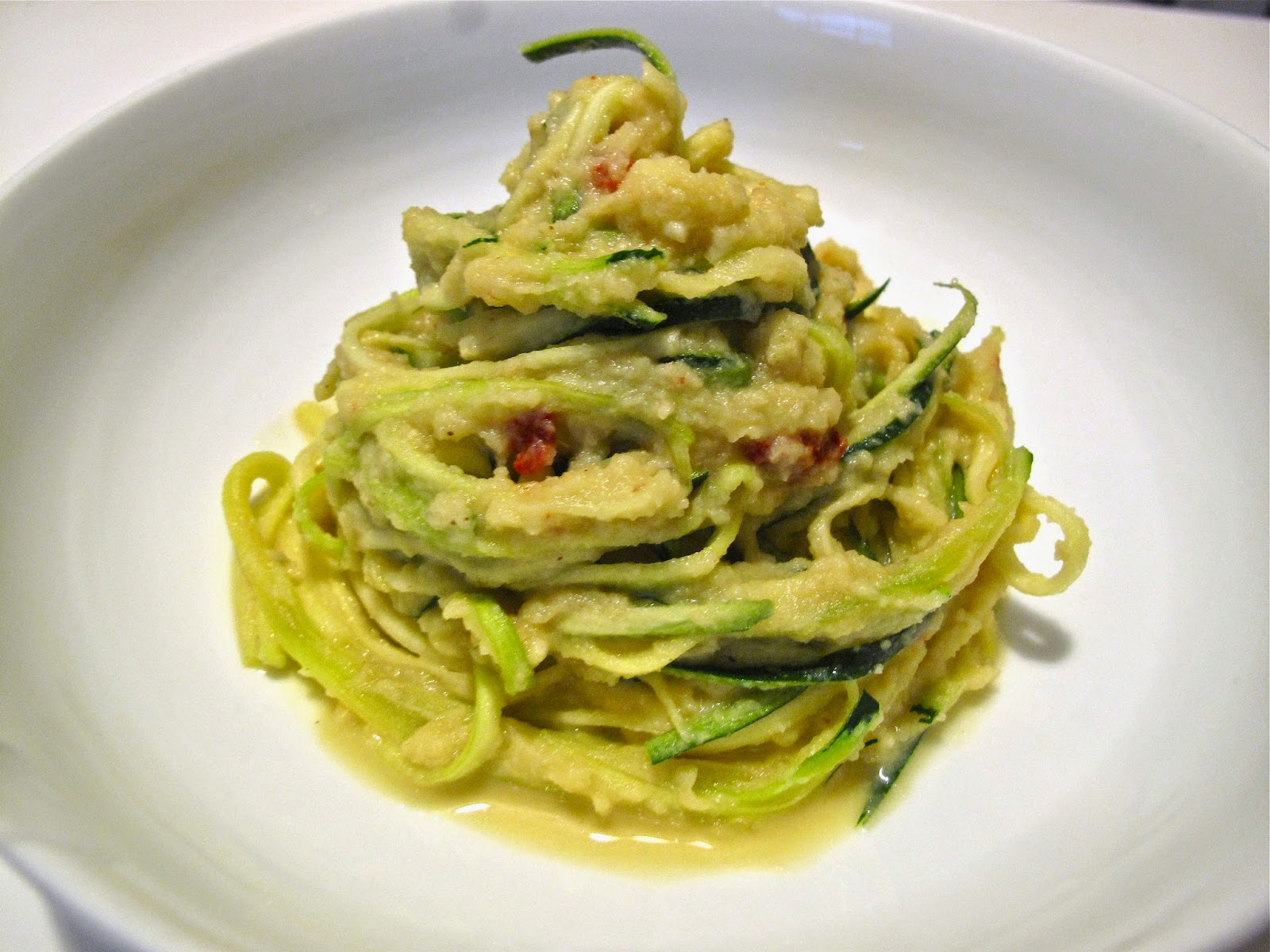 Are you ready to get your veggie on? Good! Because I have just taken a dish that is basically veggie-less and made it veggie-full.

But before I get to that, let me digress a little. Today is Australia Day! As per tradition, we are following Triple J's countdown of the hottest 100 songs of 2014, we made damper, drank tea, and are feeling the true blue Aussie spirit. We probably would be drinking beers around a fire too, except its pouring rain and we aren't drinking any alcohol right now, so tea and a blog post are going to have to do. And a juice, we just downed a carrot, celery, parsley, ginger, turmeric juice.

Ok, now back to those veggies! 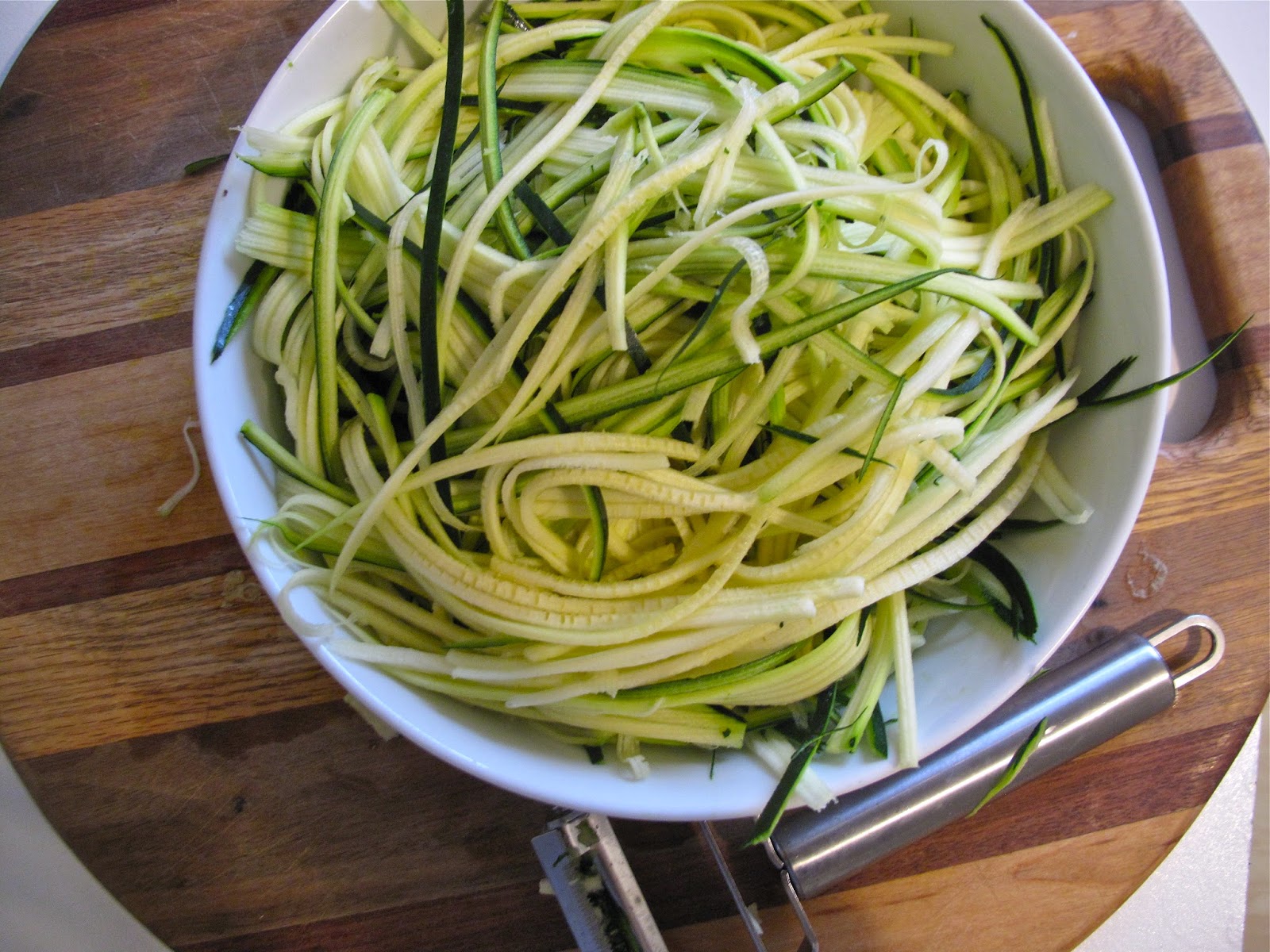 Meanwhile... peel zucchinis with julienne peeler (or regular peeler for thicker noodles, or spiralize them!). In a large fry pan add zucchini noodles and sun dried tomatoes. Cook until just warm, add sauce and toss, keep on heat until everything is hot for serving!

This dish is soooo good, I could eat the cauliflower sauce with a spoon, it is so tasty! 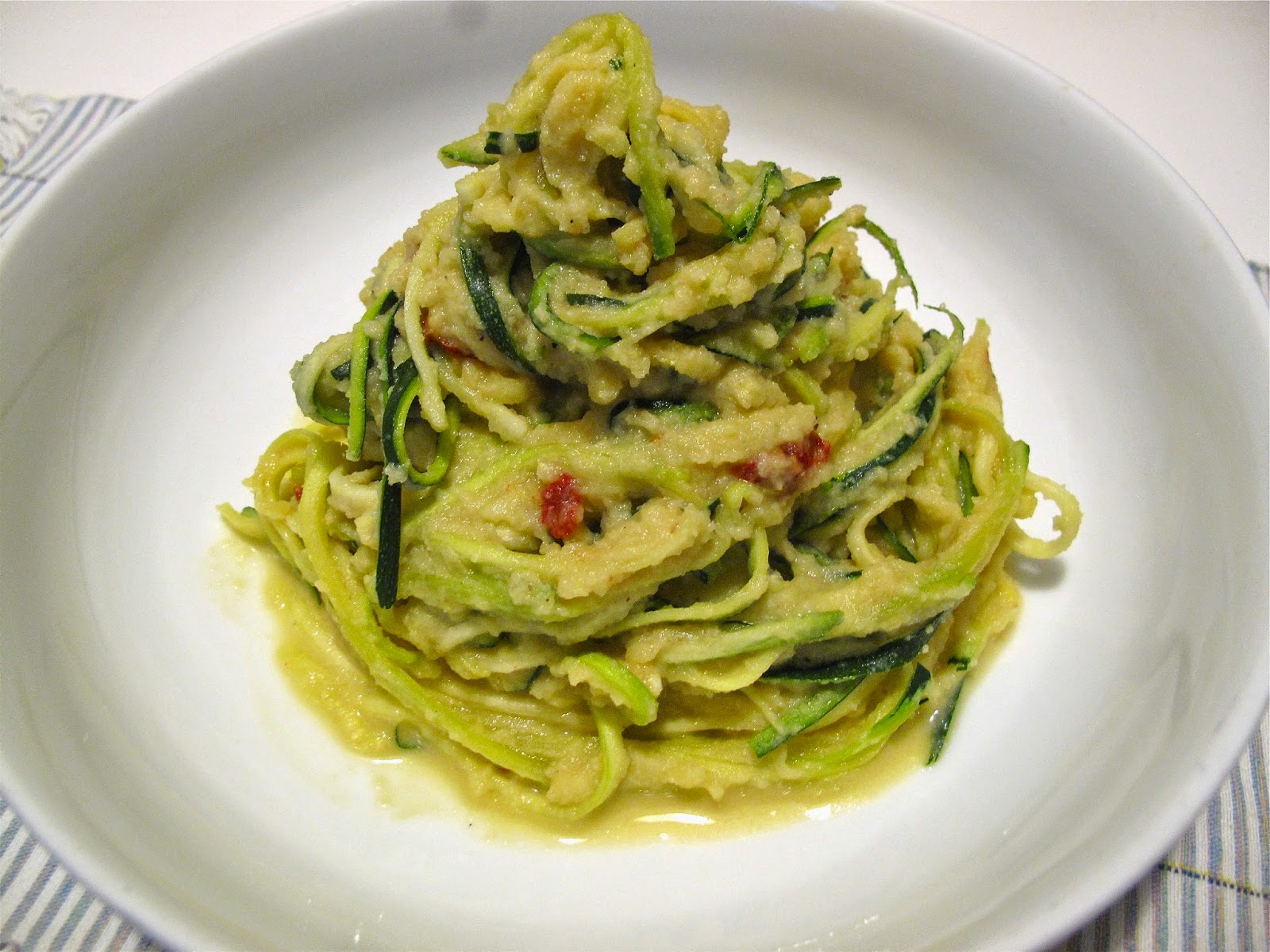