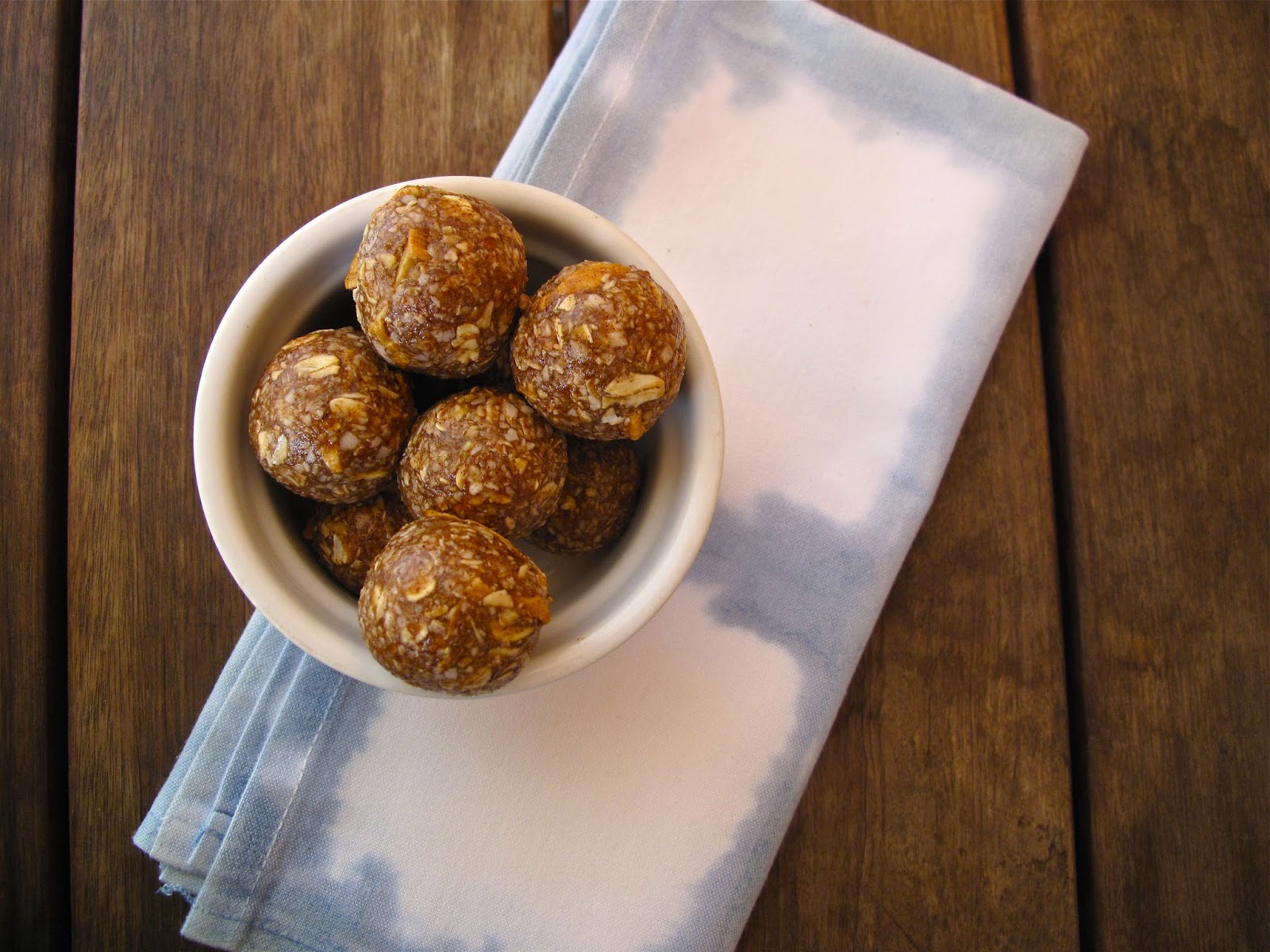 In case you aren't as big of a nerd as I am (which would be hard, I'm a pretty big nerd), you might not know that today is pi day! 3.1415 are the first five digits of the number π, the ratio of the circumference of a circle to it's diameter. Yes, I am a math nerd. But I also love pie, so I'm down with any excuse to indulge.

In honor of π, and just because the apple + cinnamon combination is so warm and cozy, I have adapted my cookie dough balls into apple pie bites!

The taste of apple pie always reminds me of certain things. I have very fond memories of making apple pies in autumn with apples picked in Talache, North Idaho. And I can't help but think of my French friend Marie-Laure who whips up a homemade apple tart whenever she has company. Because there is something nostalgic and very stereotypical about the comfort I feel from apple pie, I think I should have it more often. Little healthy apple pie bites are a good way to get your fix without any guilt! 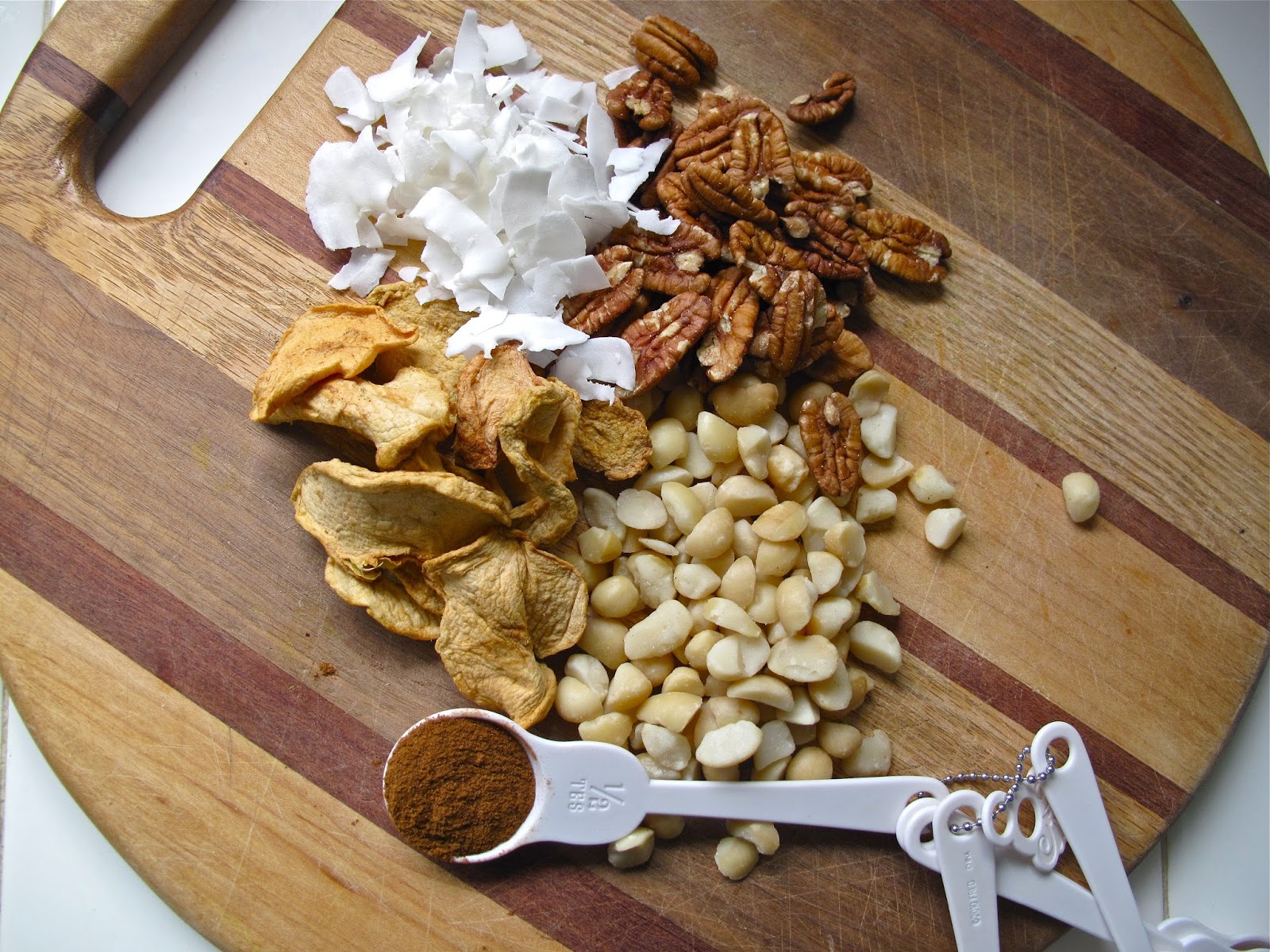 Measure out nuts and coconut into a food processor, process until into a fine meal that starts to climb up the sides. Scrape everything back down to the blade and add oats. Process until just combined. Add maple, salt, cinnamon, and vanilla and pulse until combined. Transfer into mixing bowl and add dried apple chunks, fold apple into mixture. It should be sticky but roll-able. Roll into little balls and enjoy! Give in to those nostalgic apple pie memories and then store them in the refrigerator in an airtight container. 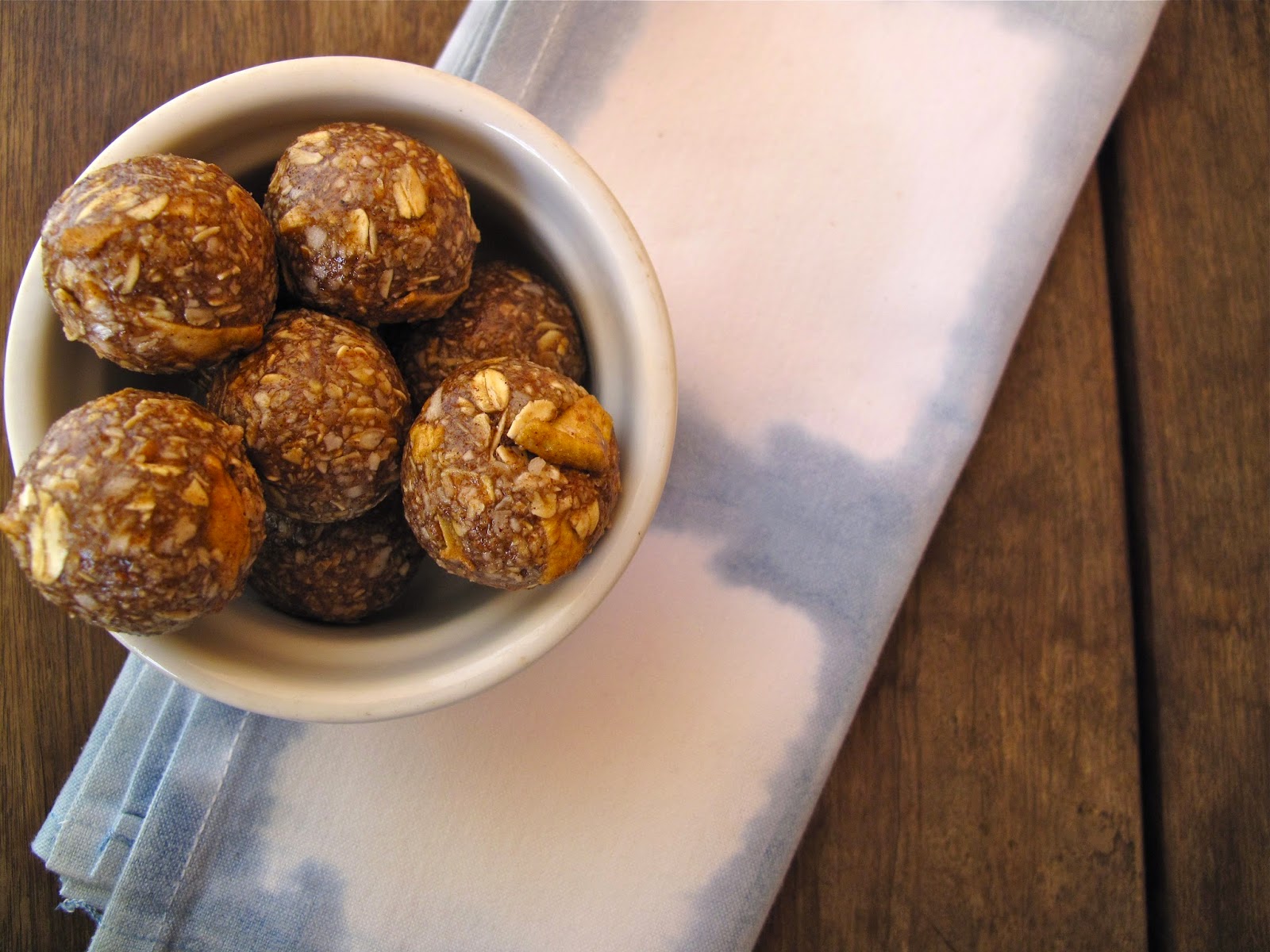 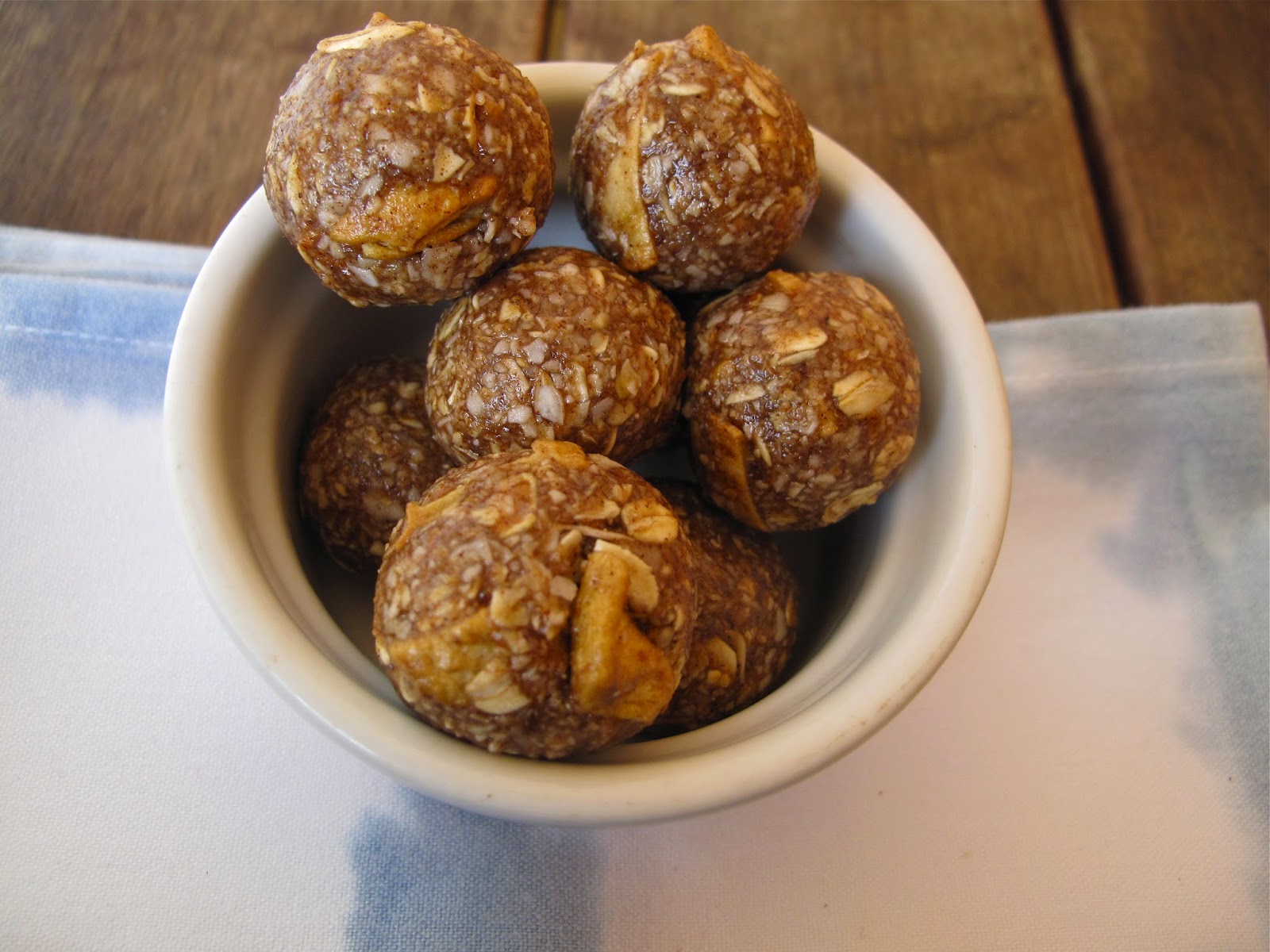 Posted by Adrienne McDonald at 11:11 AM
Email ThisBlogThis!Share to TwitterShare to FacebookShare to Pinterest
Labels: balls, treats, vegan