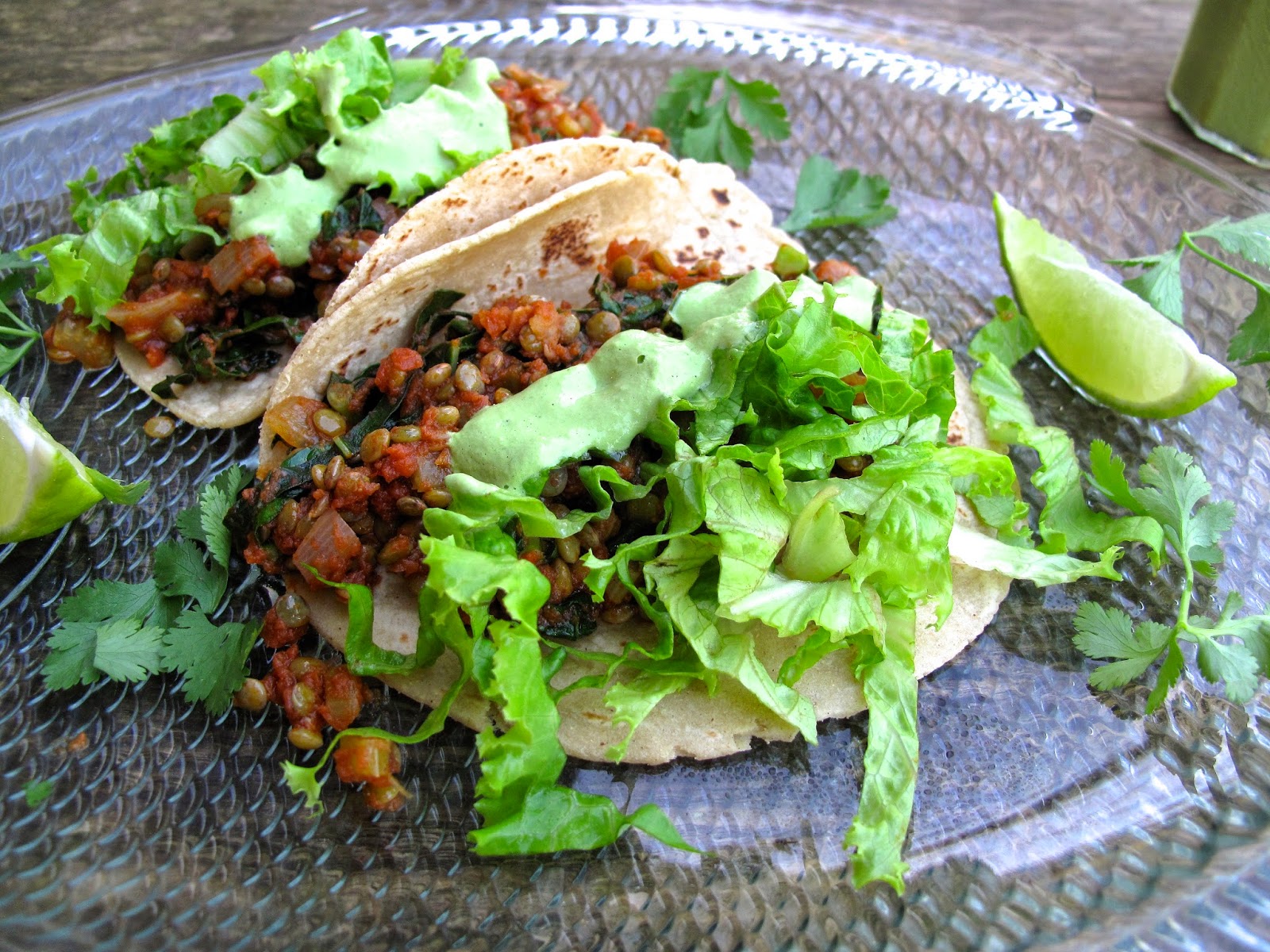 After being a vegetarian for almost four years now, I have no desire to eat meat. It seriously weirds me out, and if you haven't had it in a while, you'll understand where I'm coming from. Something that I really don't understand is why a vegetarian would want a non-meat product that has the taste and texture of meat. For example, at a Mexican restaurant they served vegetarian nachos with some sort of soy "taco meat". I thought, sure, I'll give it a try! Well, it was so close in taste, texture, and color to ground beef that I couldn't even eat it! Out of all the meats, the last one on my list is ground beef! The logic behind the "fake meat" is lost on me. I don't eat meat for lots of reasons, the main one being I DON'T LIKE IT! So why would I want something that was almost exactly identical?!

Anyway, enough ranting! One thing I do like is tacos! Bean tacos, sweet potato tacos, tofu tacos, mushroom tacos, there are so many opportunities for little veggie Mexican masterpieces. And I LOVE lentils; they are versatile, protein packed, and nutrient dense. 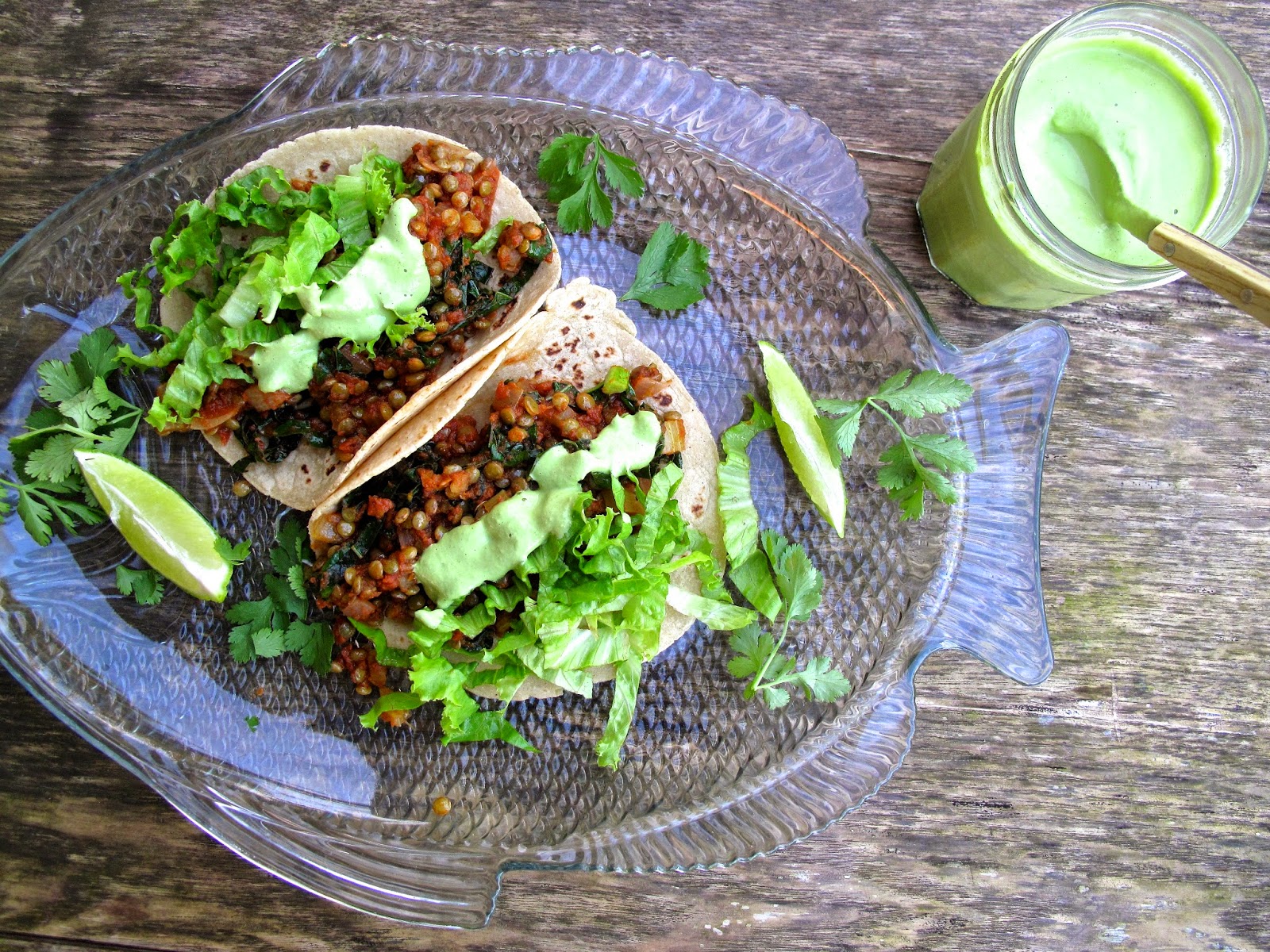 This recipe is easy, adaptable, hearty, and fun!

Heat olive oil in a frying pan, add onions and peppers. Cook a few minutes and add drained lentils (it ends up being over a cup of soaked lentils). Cook for a few minutes to heat through and add tomatoes (if you like chunks of tomatoes, don't blend them as much or at all), spices and water. Cook for about 15 minutes, stirring occasionally. When the water is mostly absorbed, add the kale. Cook for five more minutes.

Make sure to taste the lentils to see if they are cooked and soft, if they are too crunchy, add a little more water and cook until done.


This recipe makes 8-10 tacos, maybe more if you are conservative on the filling. Heat tortillas in the oven for a few minutes, layer on the filling and fixings, and enjoy! 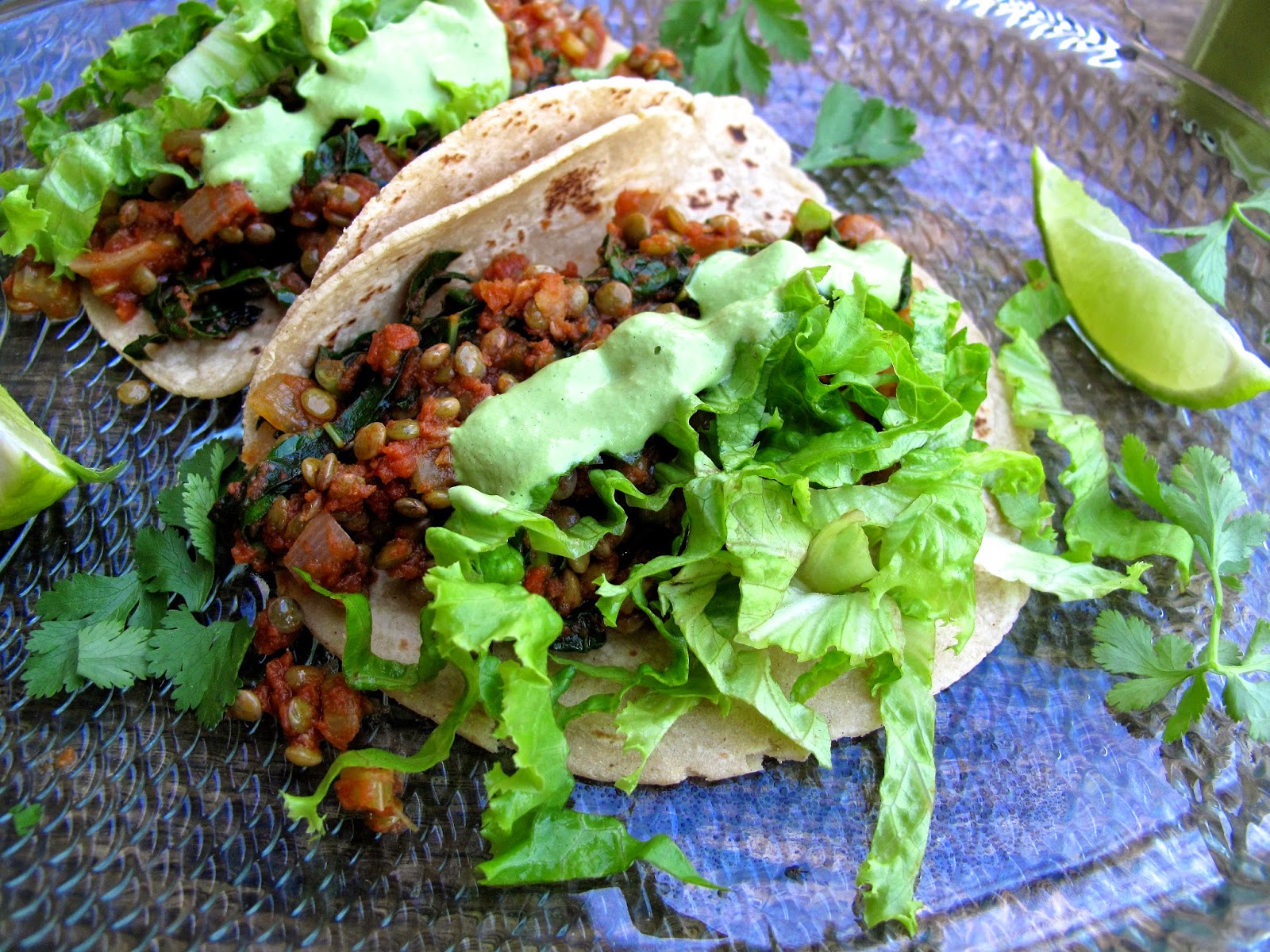 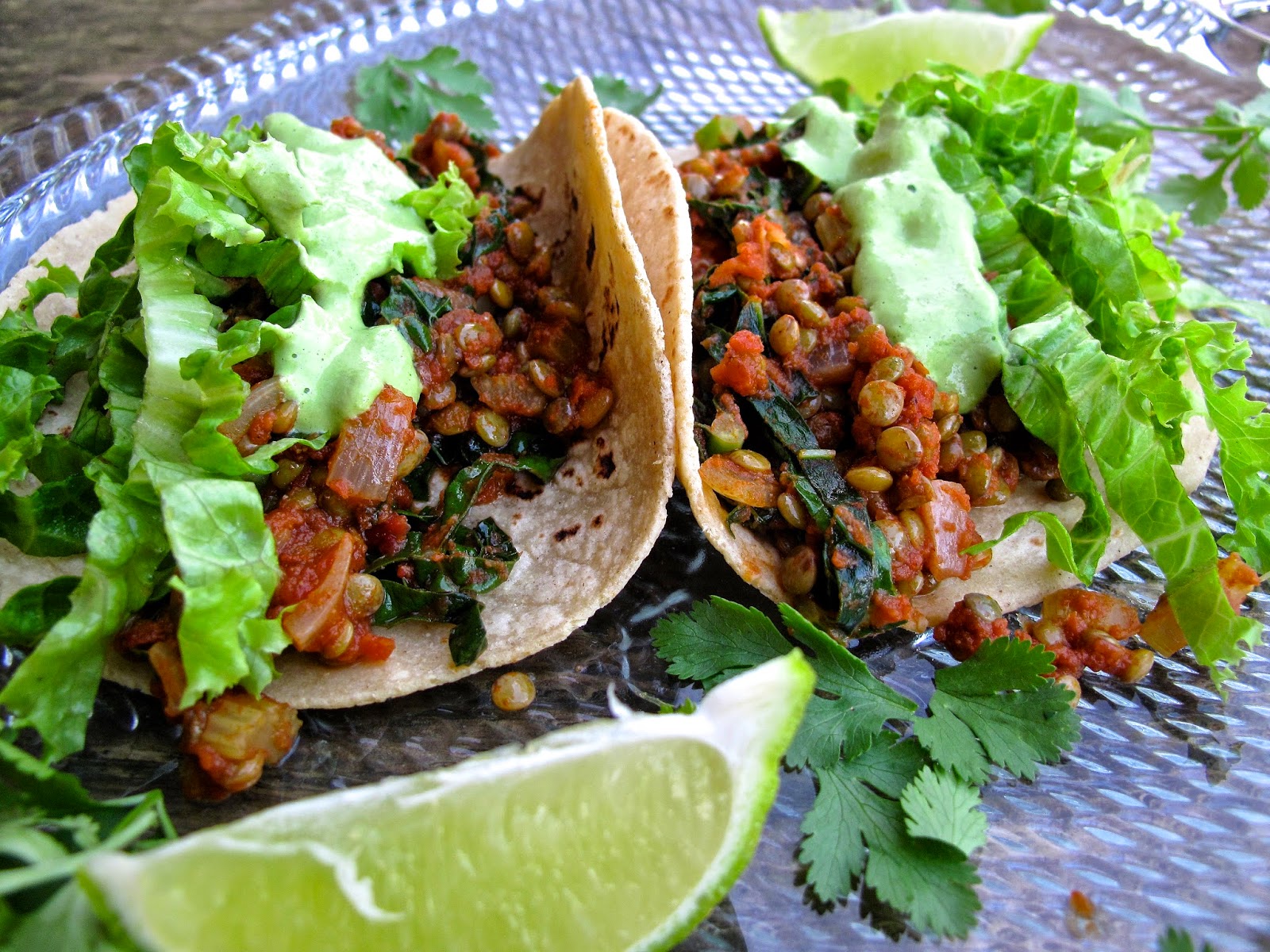 Posted by Adrienne McDonald at 6:44 AM
Email ThisBlogThis!Share to TwitterShare to FacebookShare to Pinterest
Labels: lentils, main dishes, vegan