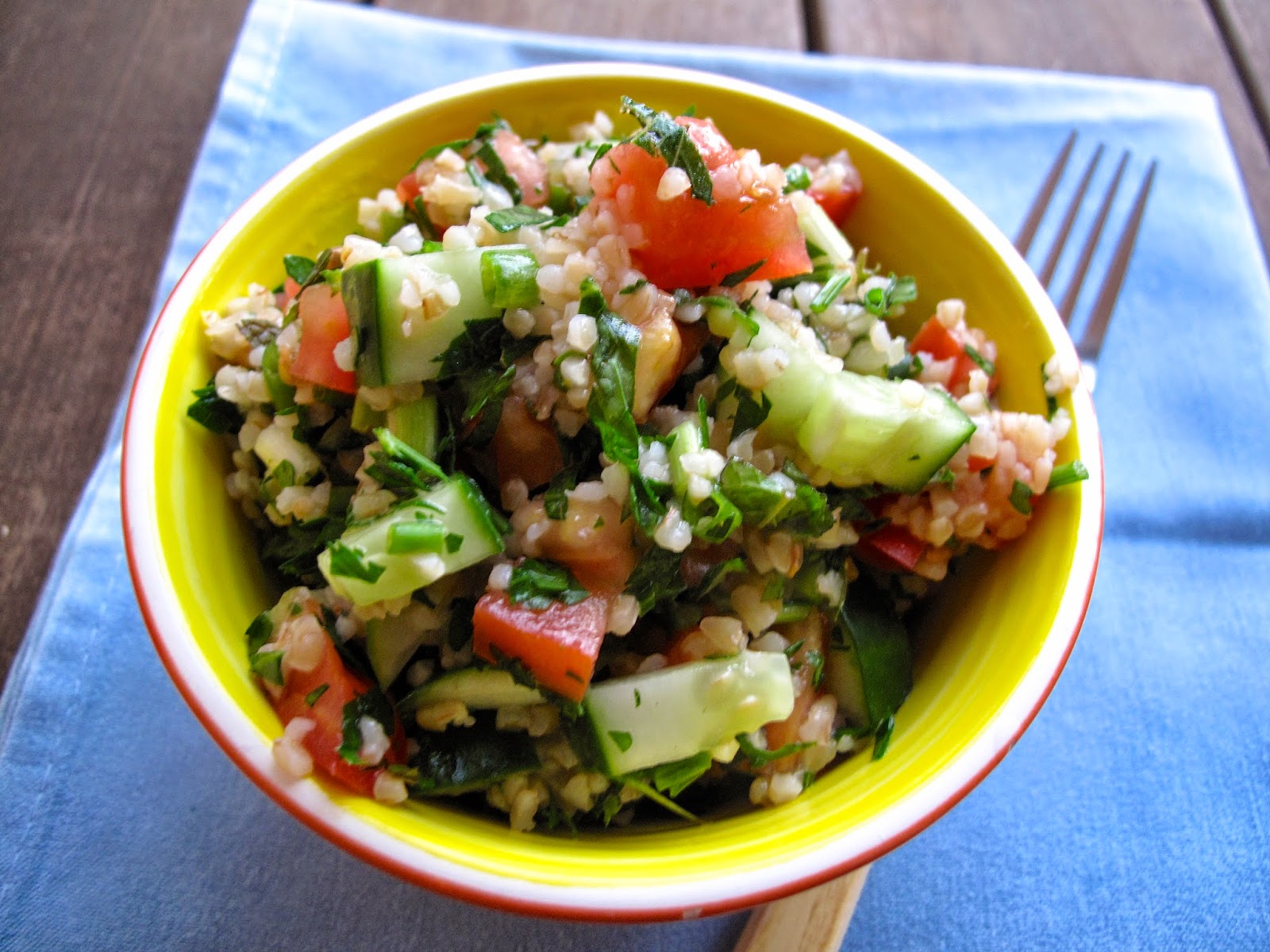 Okay, so you can look up a tabouli salad recipe anywhere on the internet and it will pretty much be exactly like this one. It's not a new recipe, it's not a creative idea, it's just a super healthy traditional meal that I want to inspire you to make!

Tabouli, or tabouleh, is traditionally from the Levant region, more specifically Lebanon. It consists of chopped parsley and mint, tomatoes, onion, and bulgar wheat dressed with lemon juice, salt, and olive oil (I added some chopped cucumber). It's simple, fresh, easy, adaptable, and seriously delicious! 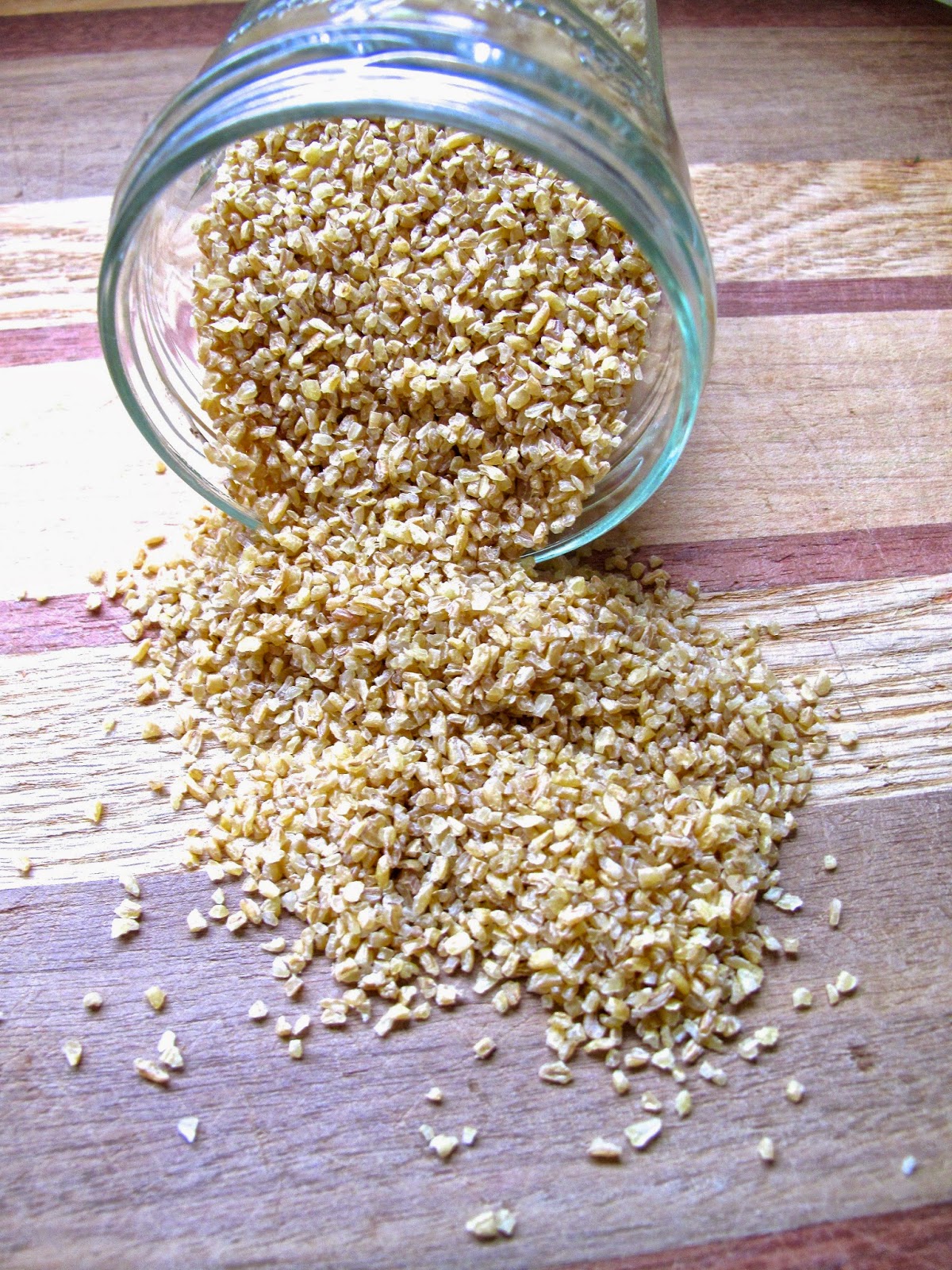 To cook the bulgar, place it in a bowl and pour in enough boiling water to cover by 1/2 inch. Cover bowl with a tea towel and let stand for 30 minutes. All of the water should absorb, but if it doesn't, just drain it out. This is the ultimate picnic salad. I love it with roasted or grilled portabello mushrooms, a side a to a veggie burger, or just an afternoon snack! You can also bean it up with chickpeas or red kidney beans for added fiber and protein. 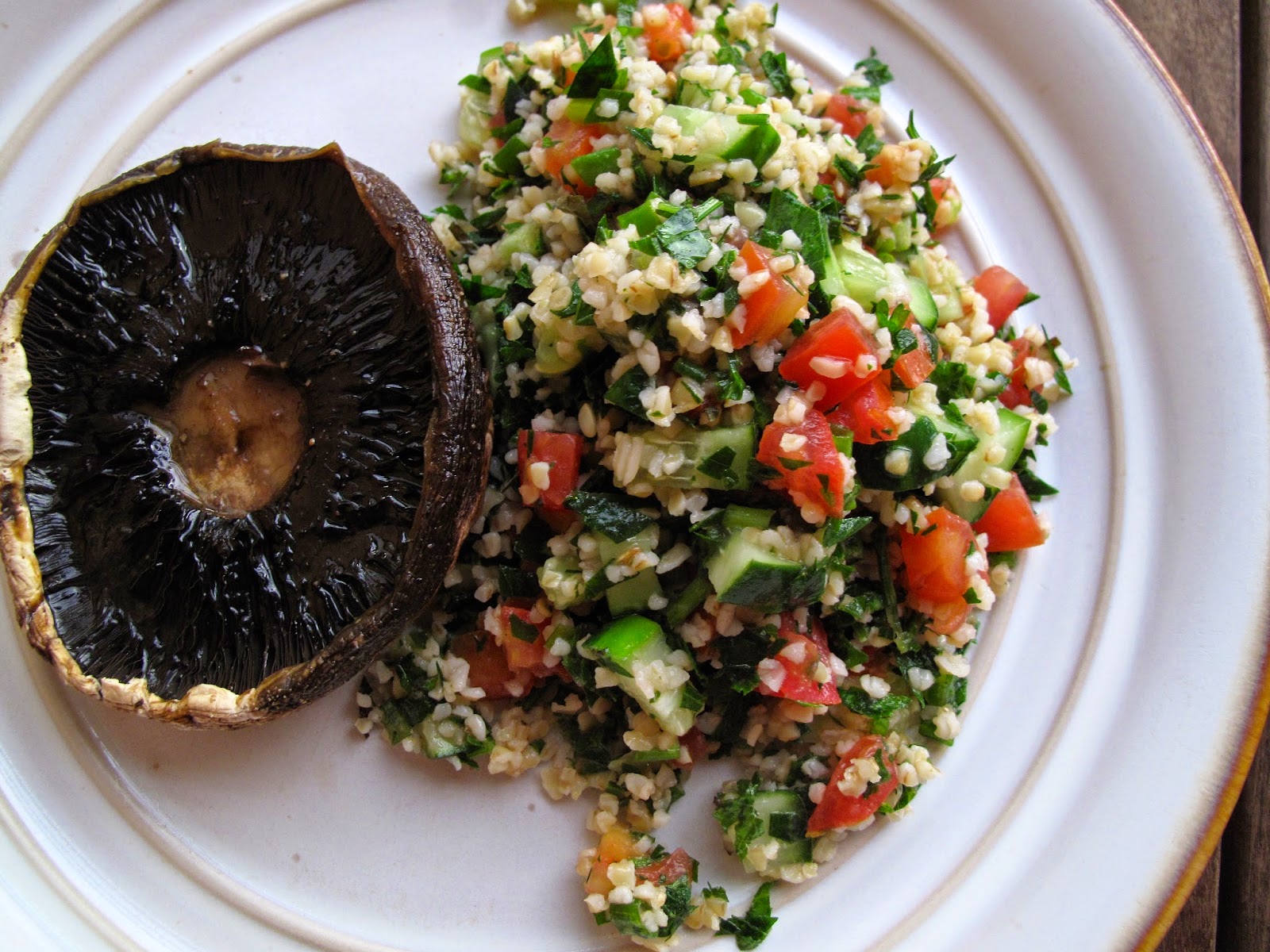 Posted by Adrienne McDonald at 6:01 AM
Email ThisBlogThis!Share to TwitterShare to FacebookShare to Pinterest
Labels: lunches, salads, vegan