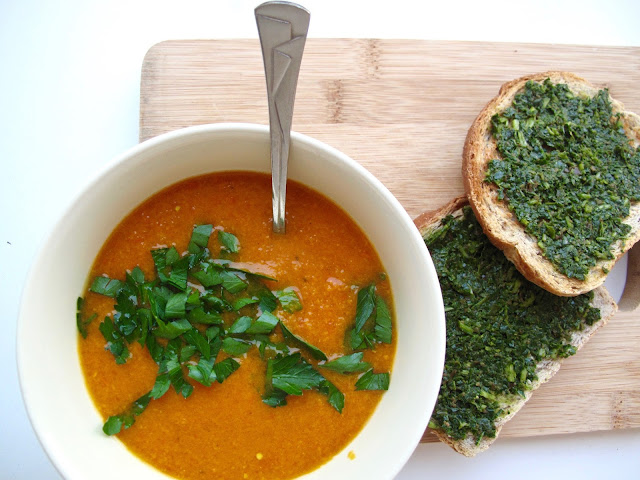 This semester I have a late class on Tuesdays and Thursdays, so I am gone all day and don't get home until around 6:30pm.  This has resulted in many "easy dinners"-- salad nights, pizza nights, and eating out at our favorite Vietnamese restaurant (Saigon's, as mentioned in an earlier post). I have also adopted some new habits to that cut down cooking time on these nights. I plan ahead. I have always done some planning for the week but now it's crucial. So I do things like pre-make brown rice and cut up a bunch of veggies so I can throw together a quick stir fry. Or, in this case, pre-make an awesome pesto and chop up veggies for a quick blended soup. I am so excited to share this one with you!

I made this pesto the day before but it would also be fine to make a few days ahead of time, or even freeze it for a while. This recipe makes a decent amount and has limited oil so don't feel bad about piling it on-- it makes a mean pesto toast.

Place all ingredients except the olive oil into a food processor and blend until chunky. While it's running, slowly drizzle in the oil. Blend to desired consistency. 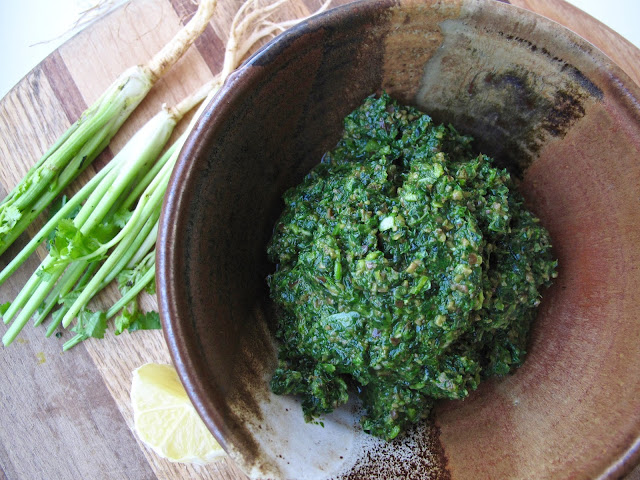 Now for the soup. This recipe is so easy and fast, and can be made even faster by prepping the veggies ahead of time!

Roughly chop the tomatoes and add them to a high speed blender or nutribullet. Add all other ingredients except the coconut milk and parsley to the tomatoes. Blend on high until super smooth. Transfer to a soup pot and add the can of coconut milk. Heat at a slow simmer for about 15 minutes, taste for salt. I usually don't need any more salt than the miso paste has to offer, but other palettes may be different so make sure you have a taste test! 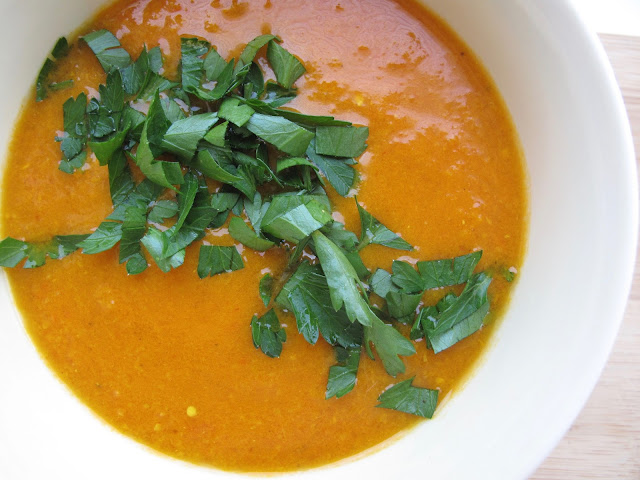 While the soup is cooking, slather some fresh pieces of crusty bread with pesto and toast in a 400 F oven for about 5 minutes or until toasty and heated.

Serve soup topped with fresh parsley (fresh cilantro would be nice too if you have some left over from pesto making!). 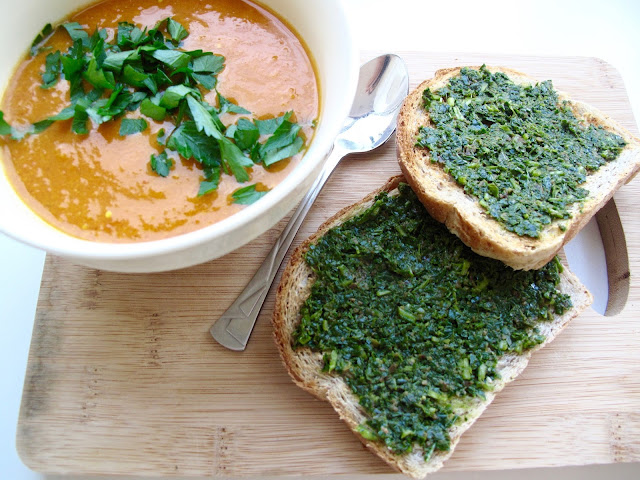