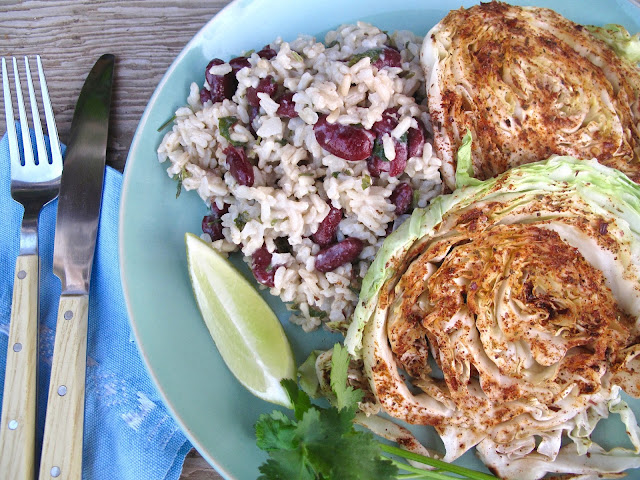 It sounds complex, I know, but this is literally one of the easiest dinners that I make! I literally just through everything into the rice cooker, let it do its thing, and add the beans, cilantro, and lime juice last. As for those cajun spiced cabbage steaks, they are just doused in seasoning and roasted in the oven. It's easy being vegan. And those red beans and rice make for some killer leftovers. 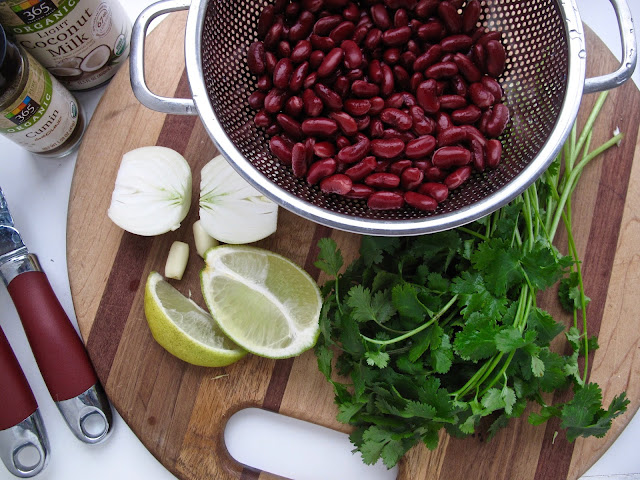 In a small rice cooker combine the onion, garlic, rice, coconut milk, water, salt, and cumin. Set to cook. While the rice is cooking, get your cajun spices ready. 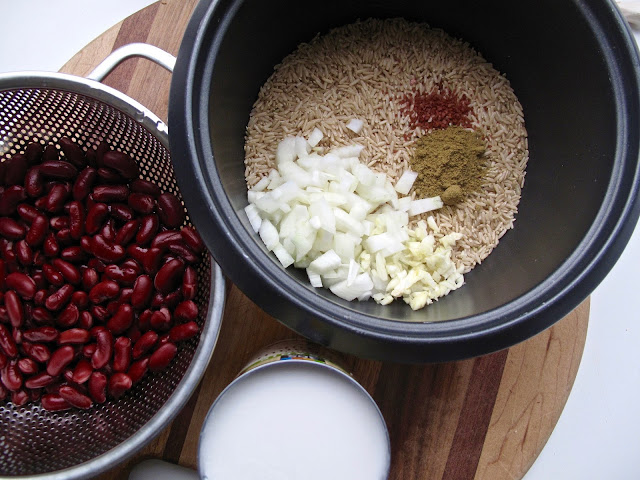 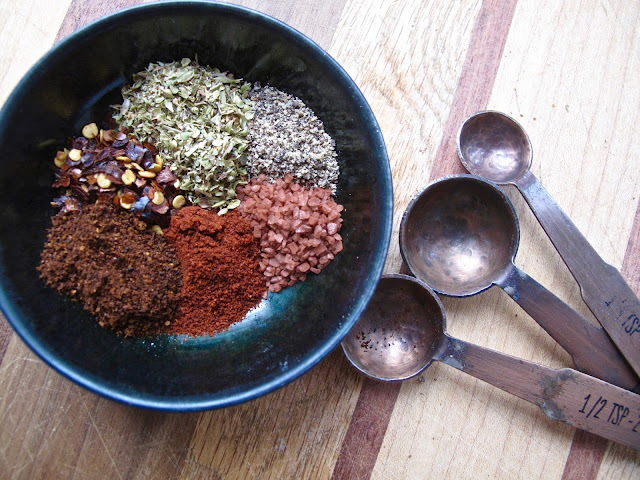 Slice cabbage into large rounds. I used only half of a large cabbage but if you have a smaller one you may want to use the whole thing. Arrange cabbage "steaks" on a lined baking sheet. Brush them with coconut oil and sprinkle over half of the spice mixture. Flip them carefully and do the same thing to the other side. I used all of the spice mix that I made because when I think cajun, I think spicy and blackened! Pop these suckers into a 400 degree F oven for about 10 minutes. 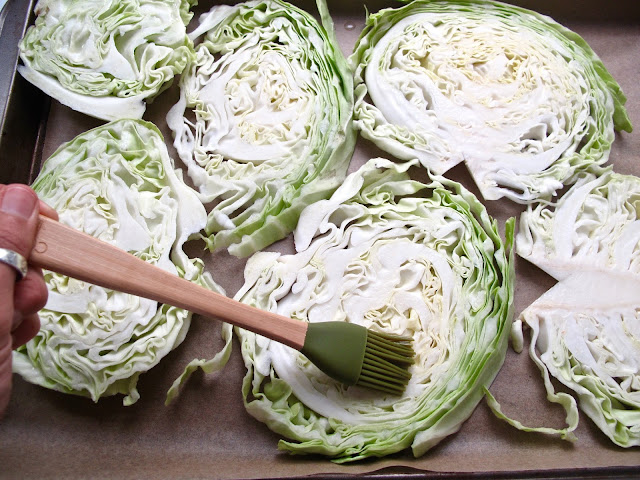 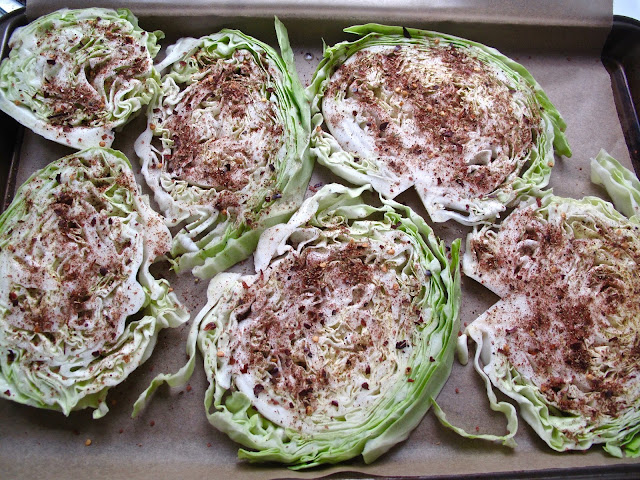 As soon as the rice is done, gently stir in the beans, chopped fresh cilantro, and fresh lime juice. Leave it in the rice cooker on the warm setting for a few minutes to heat the beans.

Serve the cabbage steaks over a heaping helping of red beans and rice and you have yourself an easy vegan, southern spiced, crowd pleaser. 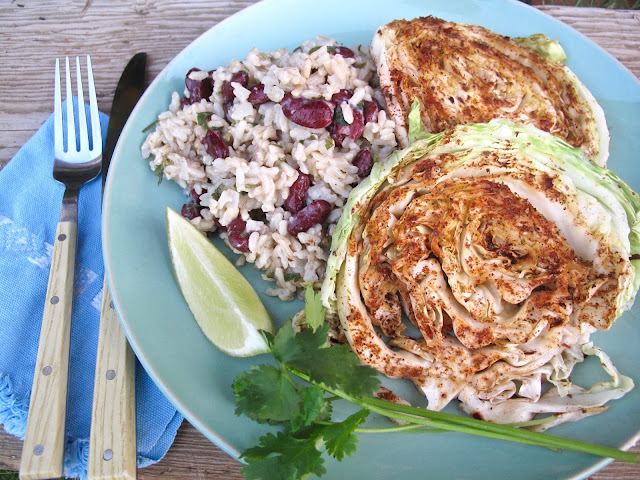